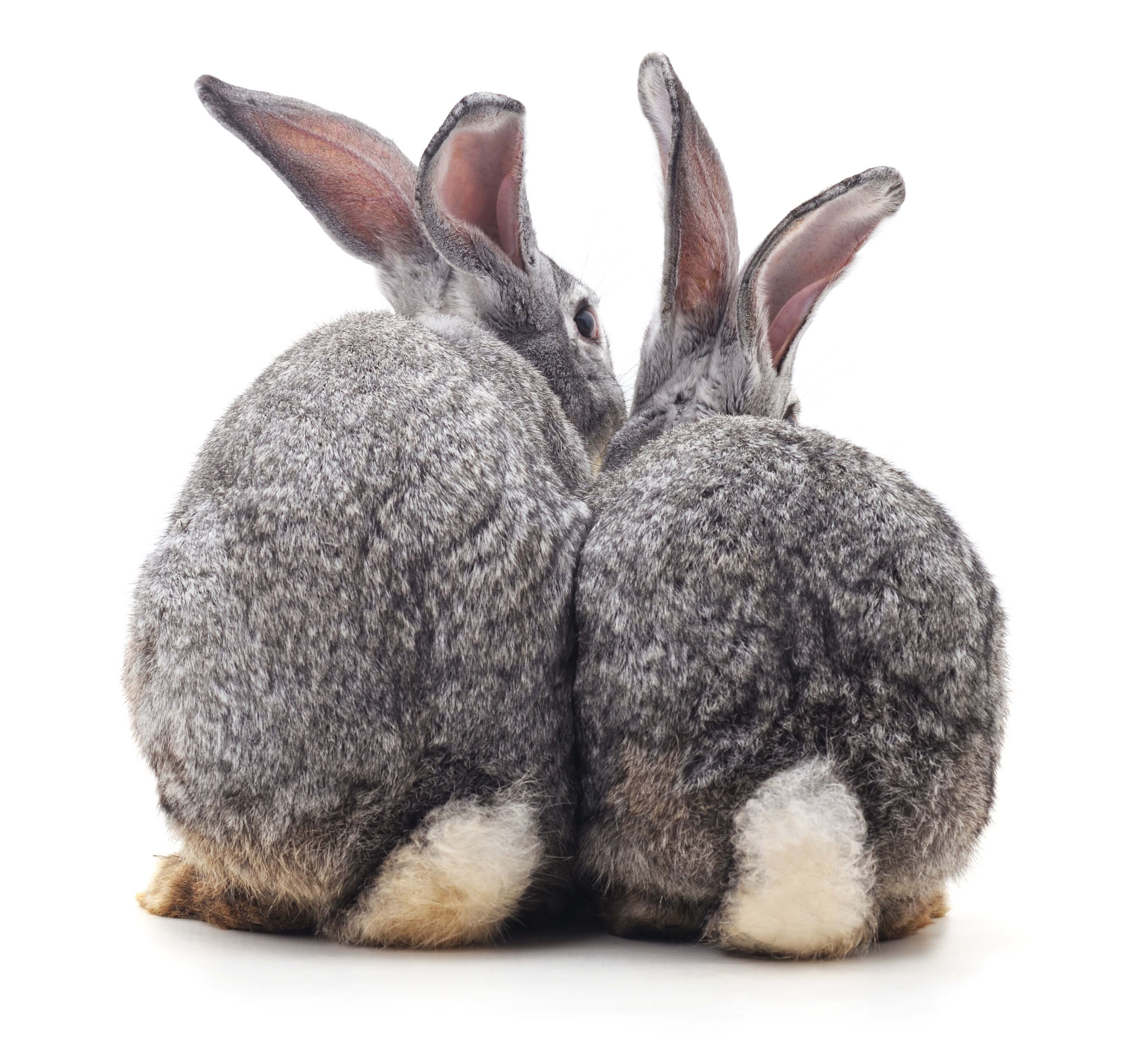 Some Facts About Rabbit Bonding

Bonding rabbits can seem like a mysterious process. Here are answers to some of the most common questions. 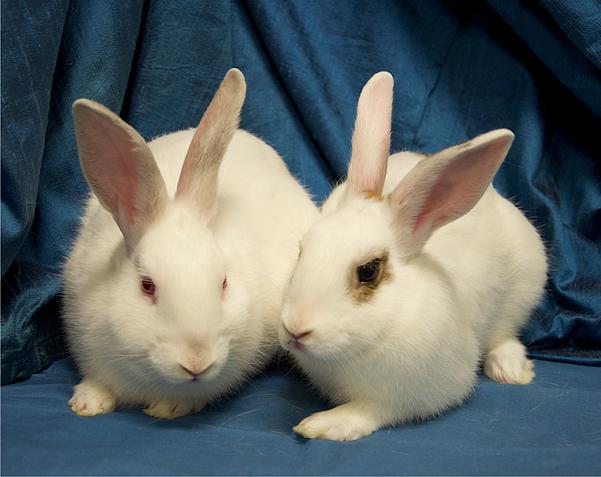 Can you force a bond? Can any rabbit be made to like any other rabbit?

The answer to this is  complicated. Yes, you can force a bond, but it will probably take a lot of time and effort. There is probably a better match out there. If you are not in a situation in which you can just switch a bunny out (maybe you decided to take in the stray wandering your neighborhood or maybe you inherited your crazy aunt’s beloved bunny), you may get the pair to a point in which they will tolerate each other without waging all out war (but, really, you know they are hoping they can push the other down a set of stairs). If you don’t trust them at all, you may have the pens side-by-side, so they still can have the company of each other, but without the bloodshed. 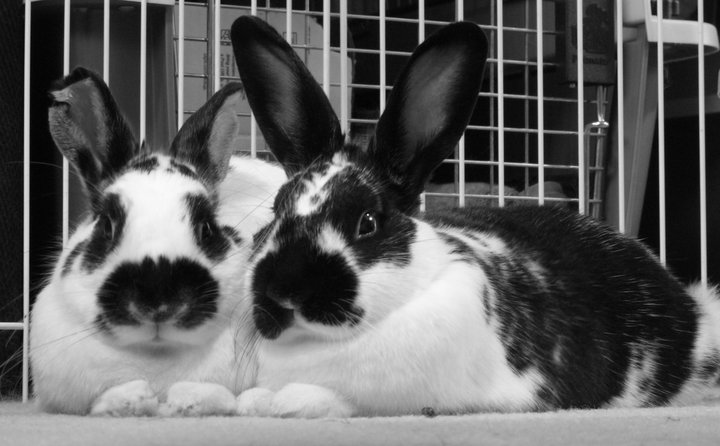 I thought bunnies can just meet another rabbit and fall in love!

Yes, this can definitely happen. I’ve encountered these very easy bonds a few times, in which I was able to just put two bunnies together, walk away and declare my job done! Yes, rabbits have soulmates, too, and it’s always heartwarming to see two (or more) rabbits truly happy together.

Not as often as I would wish! I will say, however, that "true love" happens more frequently than absolute loathing and hate. In the eight years I was working at the rescue where I was bonding, I can say I encountered total dislike in maybe three or four matching attempts. All out war is constant fighting without any pause. In this sort of case, I would keep the bunnies separate.

Bonds usually start off with a bit of nipping and chasing (maybe even the occasional fight), followed by ignoring and grudging tolerance, to maybe a bit of snuggling and grooming and finally to best friends. How long does this take? It depends on the rabbits. It may take anywhere from a few days/couple of weeks to several months or a year. Majority of bonds follow this pattern. 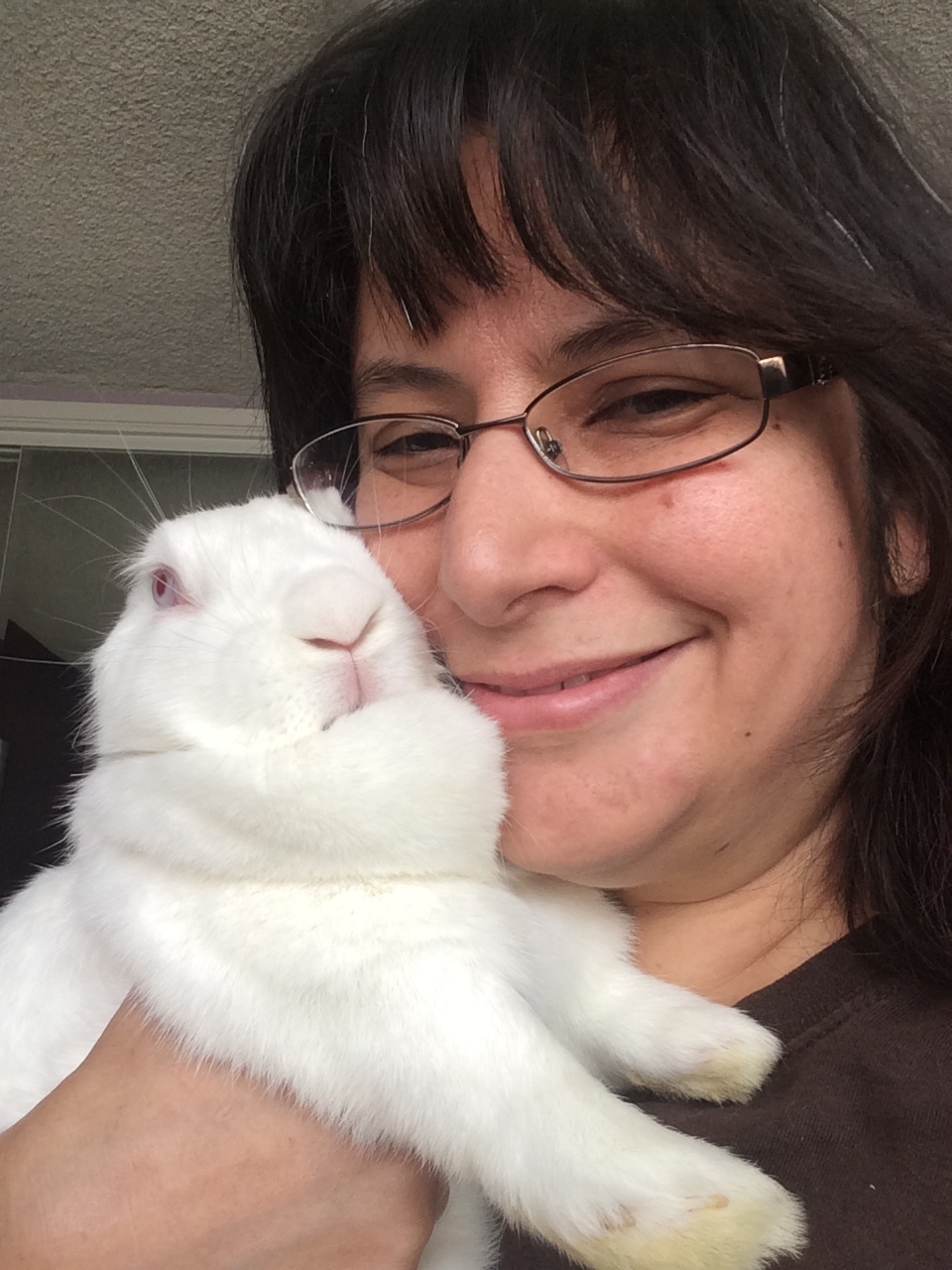 Look how happy Emma is!

Can’t I be enough of a companion to my rabbit?

There are a couple of rabbits out there who don’t think much of their own kind and would prefer to bond with a human or another type of animal. This may be OK if someone is retired, works from home or is home for a large part of the day. If a rabbit finds himself sitting alone for the majority of the day while you are at work, he may be quite lonely. Sitting alone for most of the day can cause a single rabbit a fair amount of stress and boredom. 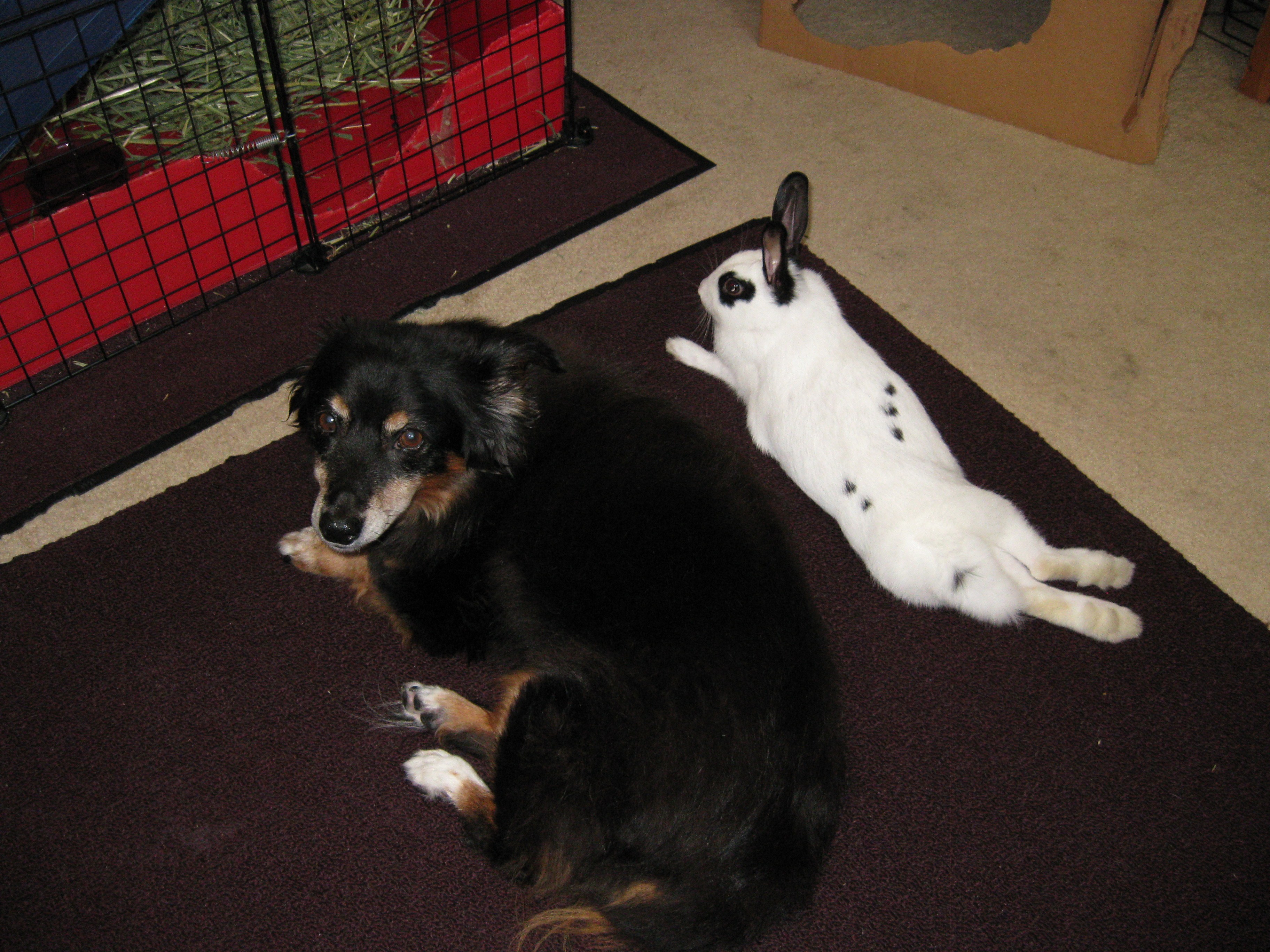 I already have a dog (or cat). Can’t they be friends with my bunny?

Dogs and cats are predators while rabbits are prey. This doesn’t mean they can’t be friends. It means that friendship will depend on the individual dog or cat as well as the individual bunny. Some rabbits will not tolerate a dog or cat in their midst at all, while some dogs will do anything in their power to kill the rabbit. Then there are the few cases where the bunny terrorizes the dog and/or cat. It's all about personalities.

Bonding can be the most challenging part of rabbit ownership. However, it is a rewarding experience for both the bunnies and the owner. The bunnies are happy and you can be satisfied that you have not only enriched their lives, but they will never be lonely as long as they are together. 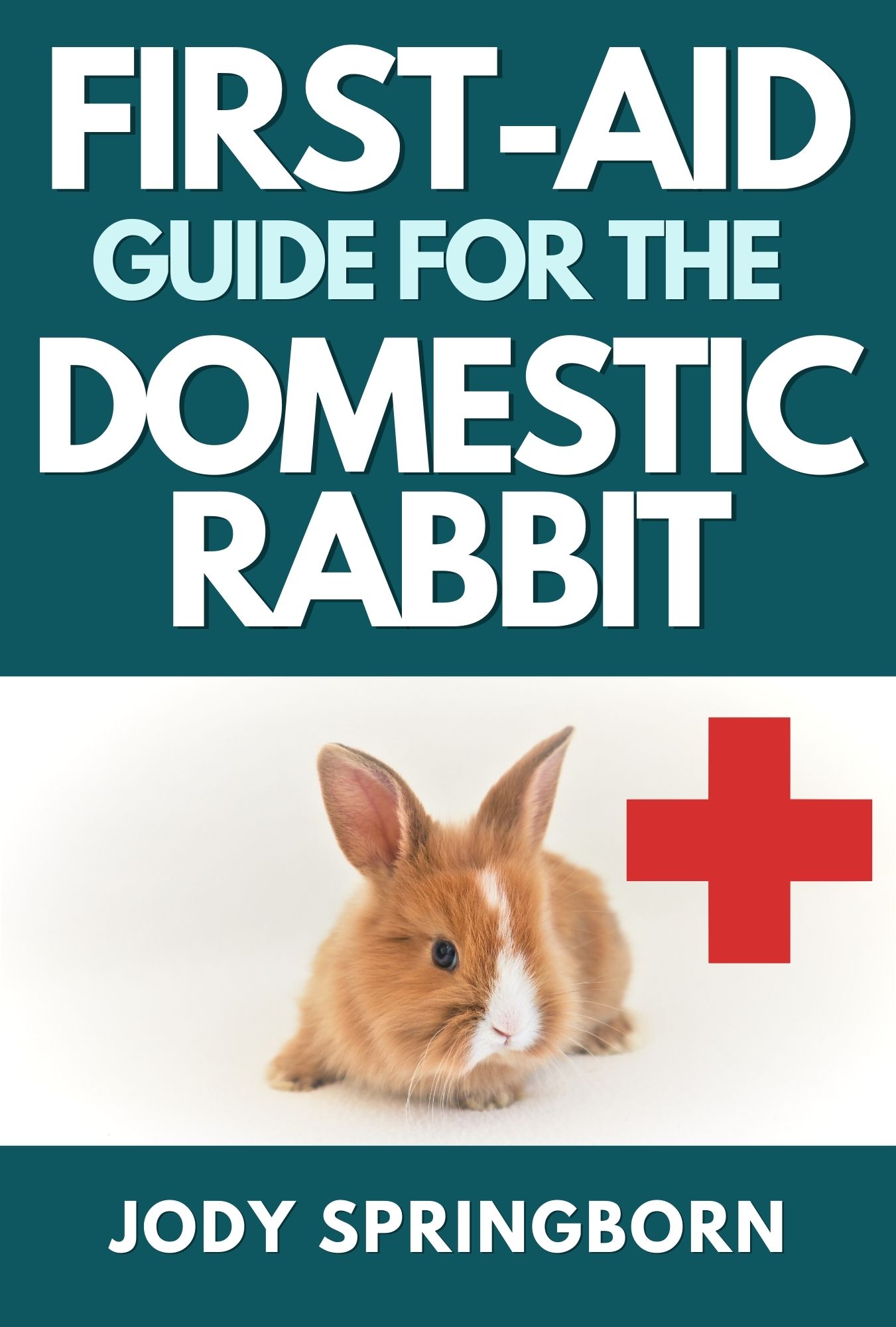