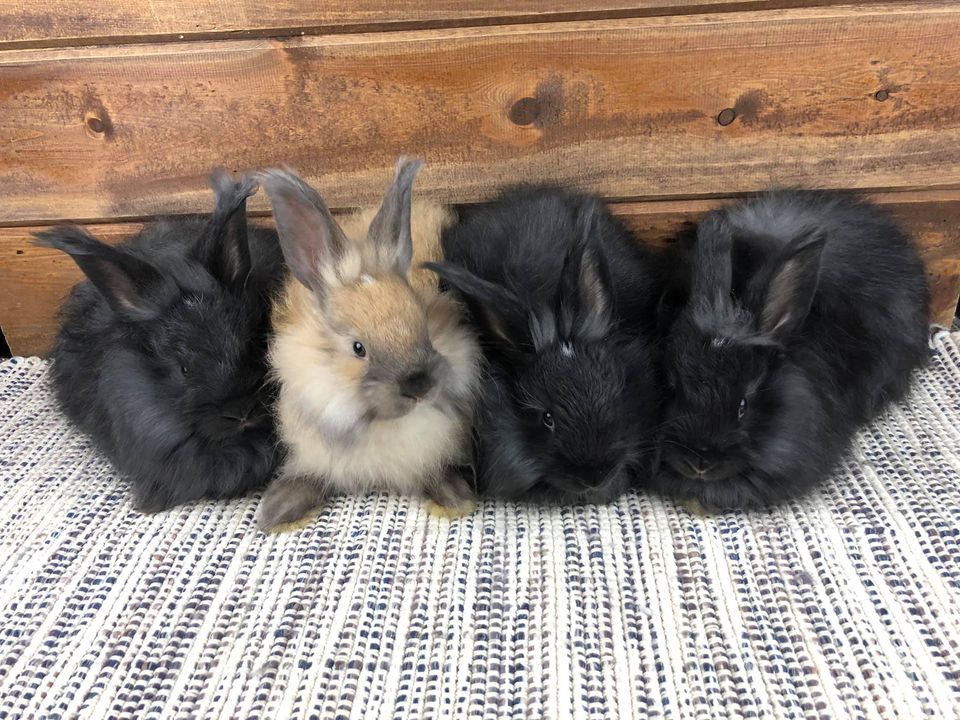 Grooming long-haired rabbits requires patience and some skill. There are several breeds that need more attention to grooming than their short-haired cousins. They include the Angora, Jersey Wooly, American Fuzzy Lop and sometimes Lionheads (a Lionhead bunny can have either a single mane or double mane gene).

Depending on the breed and individual bunny, these long-haired rabbits typically need to be groomed several times a week, if not daily, to keep their coat free from debris, parasites and mats.

Grooming Long-Haired Rabbits: Why It's So Important 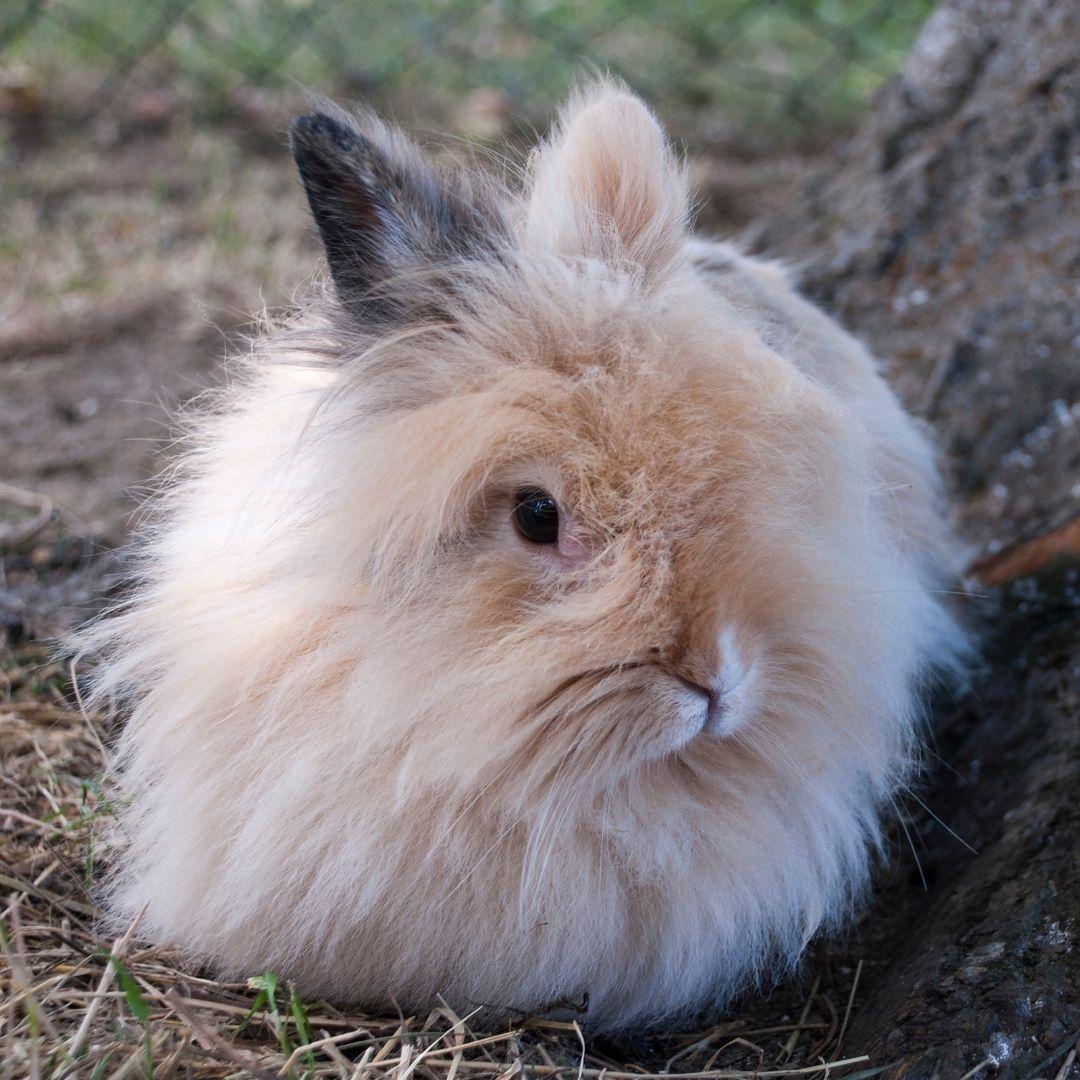 The fur tangles in areas where there is high friction - under the chin, back of the neck, under the arms and around the tail and groin area. If left unattended, mats form. In the most serious situations, mats can restrict movement to the point where the bunny is unable to move properly.

An unkempt long-haired bunny, with a messy bottom, attracts flies which may result in flystrike. This is when fly eggs hatch and the maggots burrow under the bunny's skin, releasing toxins which kill. Flystrike is usually discovered too late. The best way to prevent this is to make sure higher risk rabbits - such as disabled, elderly, overweight or long-haired bunnies - are regularly checked and groomed.

If combed regularly, a long-haired bunny doesn't need to have his whole coat clipped. However, if you don't have an interest in harvesting the fur for wool and you don't think you can commit to combing your bunny's fur regularly, it is better to keep the coat short. 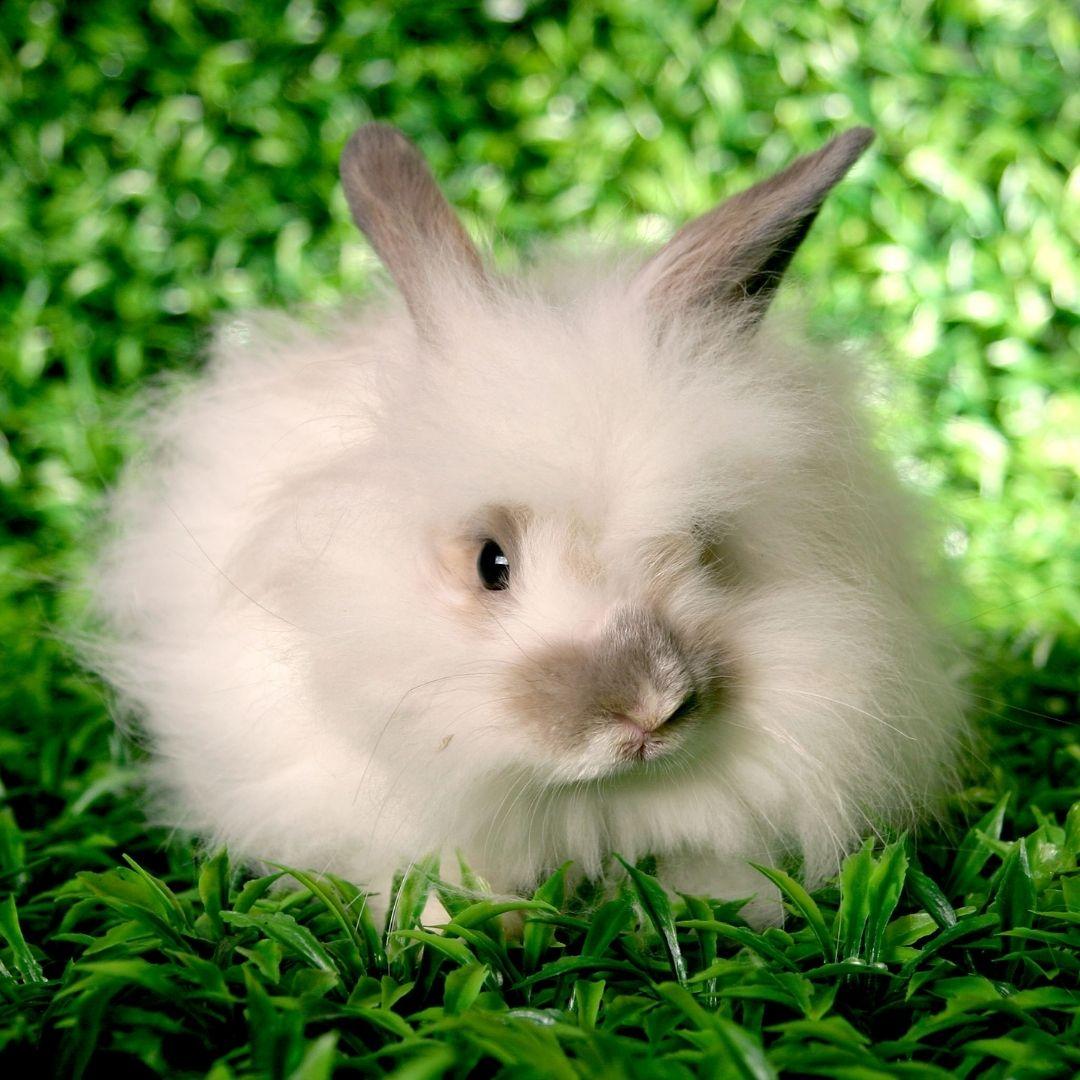 Grooming long-haired rabbits requires an investment of time, especially if you are new to the task. It will take you and your bunny longer to get used to the process at the beginning. Give yourself time. Give your bunny plenty of breaks. Don't be afraid to do smaller sessions over several days, if it feels overwhelming.

Giving your bunny some 10-15 minute breaks is a good idea. It allows them to use the litter box, get a bite to eat, stretch his legs and generally de-stress a little. Grooming is not a fun experience even for the most laid-back rabbit. They appreciate the occasional rest period (and treat!).

Avoid clipping your bunny completely to the skin, especially in winter. Even if you live in a place with mild winters, the temperatures still get cold enough to be dangerous for a closely shorn rabbit. In the summer, make sure his pen is not directly in front of a fan or air conditioning unit and provide protection from drafts.

Rabbit skin is delicate, even more so for long-haired bunnies. It's thin and elastic, which means you have to be careful when you tug on the piece of fur you want to clip. If you tug too much, you may not see the skin underneath and cut it instead. This is a particular problem if the fur being cut is easily stretchable. For this reason, I like to use blunt-nose scissors that have a slight upward curve at the end.

Not all long-haired bunnies are the same. Some have fur that feels like you are cutting through a field of cotton balls. Others have fur that resemble cotton candy (but without the stickiness). 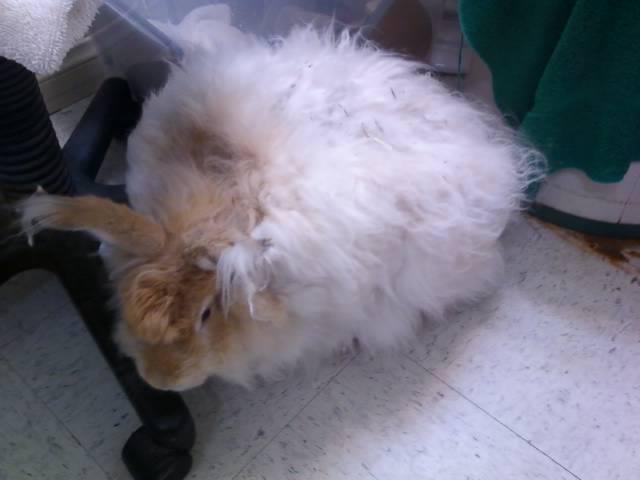 When Your Angora's Coat Is Not in Good Shape

Several years ago, I had the pleasure of meeting Marmalade. He was a 10lb (4.5kg) German Angora mix. Unfortunately, Marmalade had never been groomed in his life. His body was covered in a 4-inch mat of thick fur, which was, undoubtedly, very uncomfortable for him. It took roughly 12 hours over several days to clean him up. However, Marmalade was very patient and a sweetheart.

Wool coats like Marmalade's, don't really shed, but rather, get thicker over time. Therefore, you cannot wait to groom these bunnies until you start to notice loose hair everywhere in your house. This sort of coat will just become densely matted.

A couple things to keep in mind while clippering:

What to Do If Your Bunny Is a Hot Mess 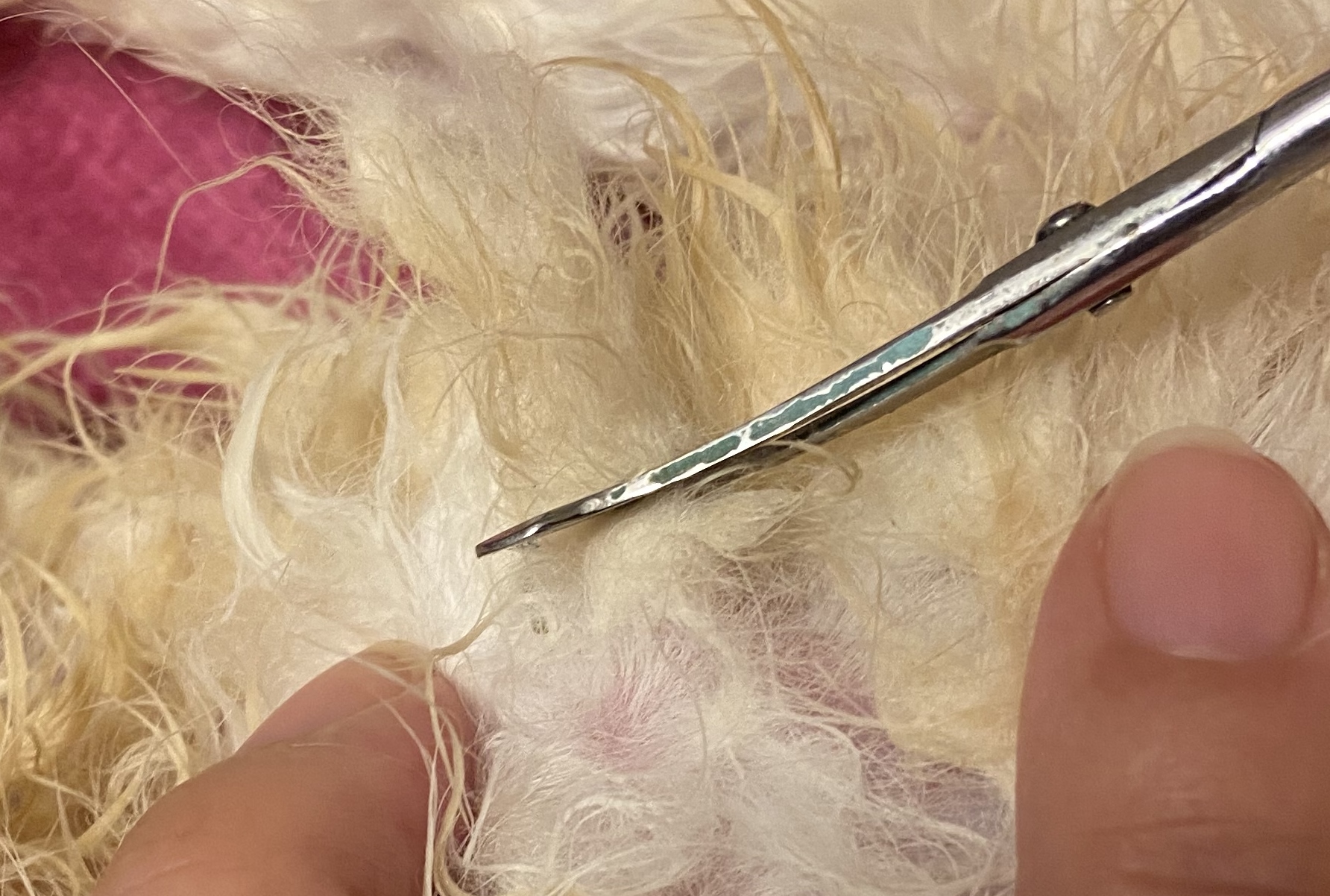 I'm trimming away the hair that is holding the mat in place.

You might be in the situation in which you took in the neighborhood stray bunny, who happens to have long-hair, or you have been intimidated by the thought of holding sharp objects against your bunny's skin.

The good news is that you can still groom your bunny as described in the video above. It will just take more time. Some tips to remember. 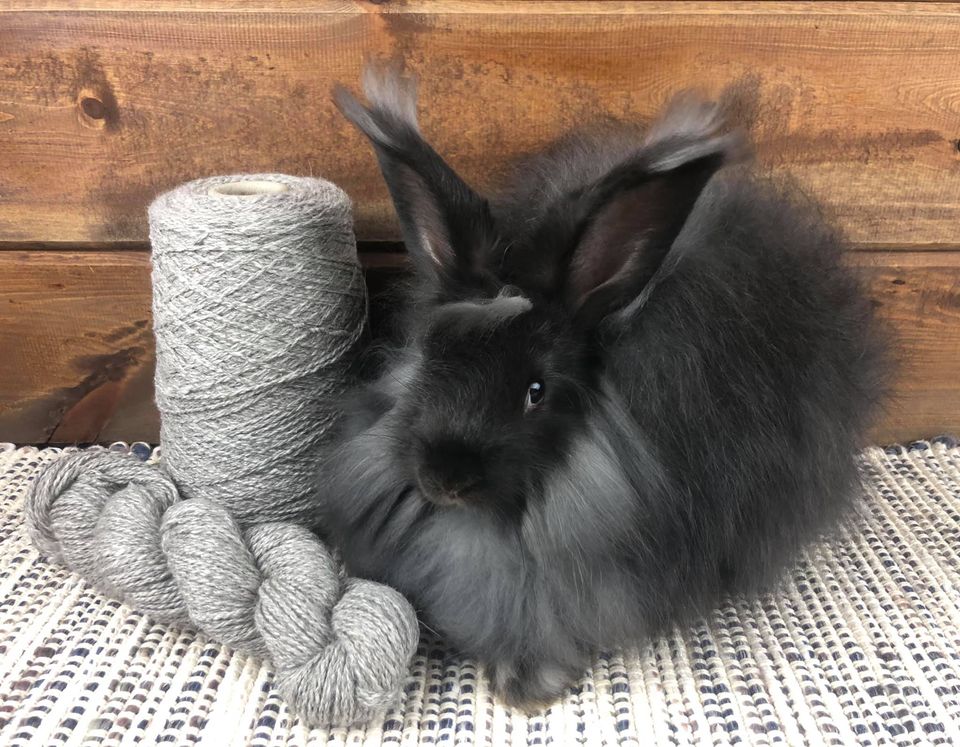 There are a few people who enjoy gathering the wool, dyeing and spinning it and, finally, creating something magical with the yarn. For these hobbyists, grooming long-haired rabbits is part of the joy. They will use wool taken from one of the several different breeds of Angoras.

To learn more about the process of handspinning yarn, check out this video here. Don't want to commit to a spinning wheel? Here's how to create yarn with just a spindle.

Please note, a few years ago, PETA had brought attention to commercial fur farms in China, where the fur was literally ripped from the rabbit's body. This is not how wool should be gathered - ever! Wool is collected by either shearing (with clippers or small scissors) or gently plucking already shedding fur. At no point should a rabbit ever be injured or in pain during the grooming process.